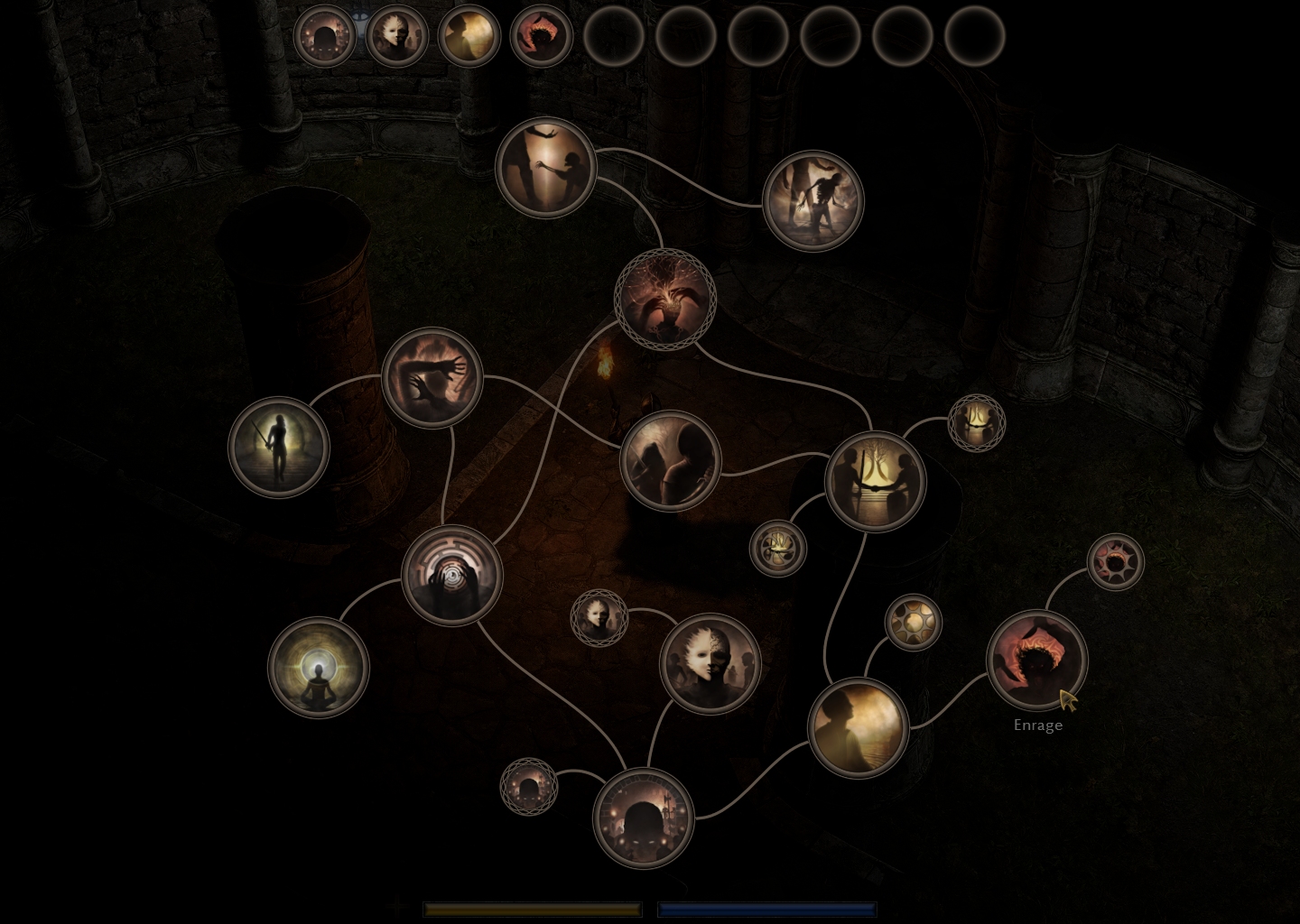 Enrages the opponent, potentially inciting it to attack anyone that it sees regardless of its affiliation with any group
Prerequisites: Requires Calm and Inversion
Mods:

Hides the presence of minds other than yours.
Mods: 'Mind Mask'

Makes a target suspect another target (?)

Takes control of a mind to make it fight for you temporarily (?)

Makes a target afraid and potentially flee from you (?)

Rallies a target's spirit to become more brave in the face of terrifying things like large demons.

Raises up to 3 undead servants to fight for you.

Free's the dead's control over it's body.

Some effects include Ogres being specifically controllable by the use of mind control in a thread about non-human races on the forums. Also, necromancy is related to the concept of the transcendent mind, which all creatures possess to a certain extent, which can linger after death. Necromancy powers will likely be continuous powers.